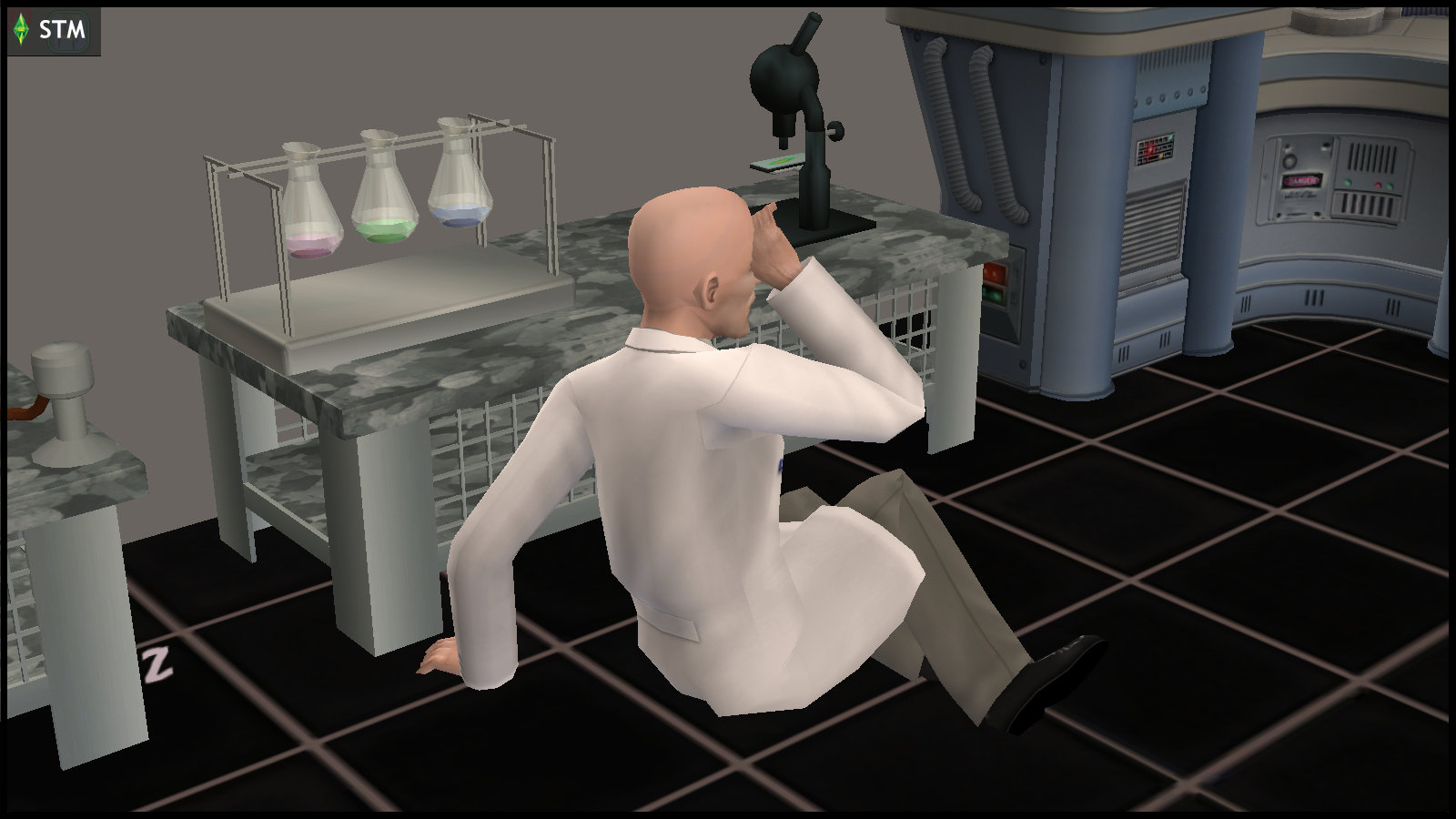 The Veronaville Disaster started it all. So its mysteries need to be unfurled before full closure is possible.

How exactly did Monty siblings Bianca and Antonio cheat death?

What about Vidcund Curious’ attempt to discredit Kent Capp?

Who else have the Windmarks (Loki and Circe Beaker) brought down with them?

As we enter the last quarter of the Last Lap, enjoy the Grand Finale, as the final whistle blows after almost 8 years…

“Last Lap”: This is a full episode in the main STM universe, available only in screenshot story form (no video), because the author only has time for screenshots these days.

Dr Prometheus Hyde: That day in 2010 in Hyde Dynamic , Vidcund and Bald Kent were alone in the monitoring chamber, since Xu and Ivanov were in a meeting with me.

Vidcund went out to buy a drink. He bumped into Lazlo, who talked to him longer than intended.

Meanwhile, Bald Kent wondered what was taking Vidcund so long.

At this time, the chemical was momentarily reverse-engineered, causing a whiff of smoke to knock him out.

But after a few minutes, he was conscious again, and the chemical had returned back to “normal”. By then, it was the end of regular working hours, so he packed up without waiting for Vidcund.

Bianca Monty: Did Vidcund ever find out about the smoke incident?

Kent Capp: Bald Kent was too dazed, and forgot to write it down.

Bianca: But that’s a breach of protocol!

Kent: Vidcund is under the impression that Bald Kent got infected only by prolonged exposure in the chamber. He still thinks I’m Bald Kent returned from the dead.

Hyde: Exactly. On December 4 2010, Bald Kent’s Hyde Dynamic stint ended. He returned to Veronaville as the carrier of a major contagion.

You, Bianca, were the first to meet him at SimBurger for the entire evening. He walked you home, bumping unexpectedly into your parents, who had closed their restaurant for the night, and the Summerdream family, who were their last customers. 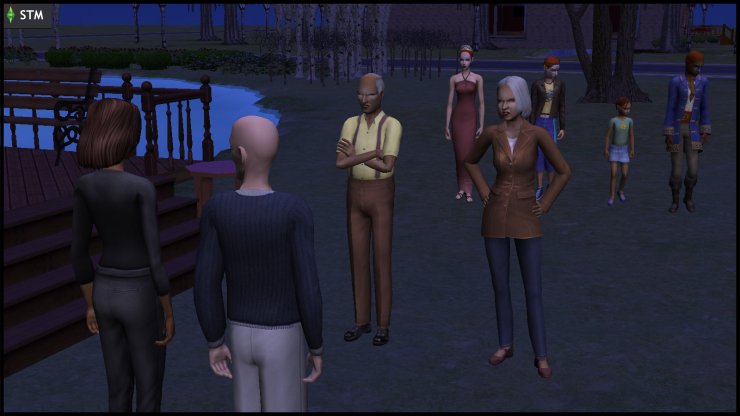 Antonio Monty: All this while, I was away at Three Lakes with my twins. We tried to fly back as soon as we could, when we heard of Mom and Dad’s deaths.

Kent: The following evening, Consort Capp (Kent’s father) from this universe insisted upon a family dinner, presumably to celebrate the death of his nemeses, which Bald Kent reluctantly attended. The contagion spread to the entire Capp family that night.

Bianca: Why didn’t it kill Vidcund, or any strangers Bald Kent may have encountered on the streets?

Antonio: Perhaps it targeted only Monty and Capp DNA?

Kent: That doesn’t explain the Summerdreams, Albany and Cornwall Capp.

Hyde: The mutated contagion targeted itself at “Veronaville premade playables, teen and above”.

Antonio: No wonder everyone under 13 was unaffected.

Bianca: What exactly does the contagion do?

Hyde: It causes perception problems, leading them to seemingly “bad luck” situations, resulting in their deaths.

Bianca: But why did Bald Kent die last?

Kent: The contagion “knew” it had completed its task, so it turned on its host, Bald Kent, and killed him.

Antonio: So how did Bianca and I survive?

Hyde: The two of you were inoculated since childhood. In 1988, Isabella Monty created a secret spice for grilled salmon. (^)

1988: Patrizio and Isabella Monty (parents of Antonio and Bianca) with their grilled salmon.

Antonio: How did you know? Bianca, did you tell…

1988: Antonio and Bianca Monty eat the grilled salmon for dinner.

Hyde: Isabella Monty did not know that this spice contained a chemical that bonded to her young children’s bodies, giving them extra resistance to death. But the ingredients of this spice were rare and expensive, so she did not include this “special salmon” in her commercial menu.

Antonio: This salmon was our family dish. We had it every week. But Claudio hated fish, so he never ate any, and didn’t cook it for his sons. Why couldn’t the chemical protect Mom and Dad?

Hyde: It had to be administered from childhood. Your parents and teenage Claudio were too old to benefit.

Antonio: (sighs) This spice is time-consuming to prepare. I only had time to cook this dish for Bea and Ben before adopting the other four kids. Dr Hyde, can you test my twins for this chemical? (Hyde nods)

In easier years before the Veronaville Disaster, Antonio Monty “only” had two children, Beatrice and Benedick — so he had time to cook the family’s special salmon for them.

Antonio: I haven’t been cooking this for the other kids, and most of them are teens now. But it’s not too late for Ariel yet…

Bianca: So you knew everything all along, from the mutated contagion, to the secret spice, but did and said nothing?

Hyde: Since the primary perpetrators of the Feud did NOT want to change, the mutated contagion had to deal with the Feud in a most dramatic fashion. (thinking) Just to create a bizarre show for the other Watchers.

Yes, I am looking at YOU in the eye.

Hyde: … But you three can’t say that you didn’t feel a great sense of relief that you could finally move on, freed from the shackles of family prejudices.

Antonio: This is overwhelming.

Bianca: I have to admit I felt relief to some extent, because the Feud had poisoned our lives for so long. On the other hand, it’s inevitable for sims to feel some indignation when Watchers take certain matters into their own hands.

I have mixed feelings about the older generation, but would prefer that the younger ones got to survive. But overall, it could’ve been a lot worse, and I’m glad that wasn’t the case.

Cop Claire: Did you help Loki and Circe escape from prison?

Erin Beaker: No, they ran away on their own. They came to me because they had no one else to turn to.

Cop Elden: You knew they were fugitives. Why would you help them?

Cop Olivia: Did you help them with plastic surgery?

Ajay Loner: Erin insisted, because she wanted to help her brother. She operated the machine most of the time, and I helped a bit.

Cop Peter: Did you know their prison term wasn’t over?

Ajay: Yes. Erin told me. But I had no choice because she insisted, and I didn’t want to upset her.

Cop Claire: You know what happened after you tried to “help” your brother and sister-in-law. They tried to kill two people, and nearly succeeded.

Erin: But who else will help him if I don’t? Do you expect me to turn him over to the police? 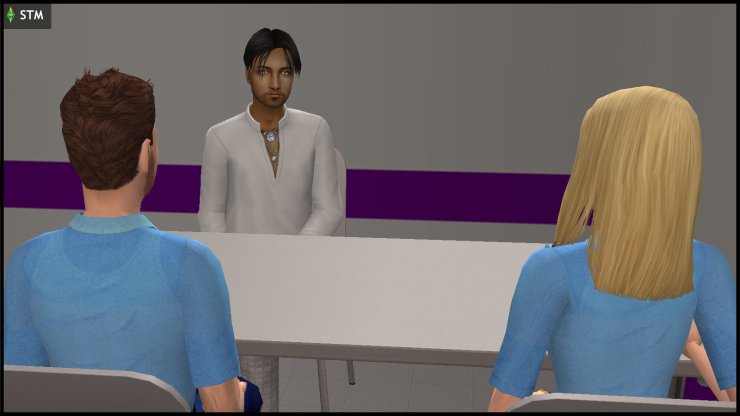 Cop Peter: Ajay, you really should have called the cops. Now you and your wife are going to jail for being accomplices to known criminals.

Erin: (sobbing) What’s going to happen to my baby now?

Cop Claire: Your daughter, Jane Loner, will be safe in the orphanage with her cousin, Louis Beaker.

Cop Elden: If you and your husband behave in prison, you’ll get her back once your terms are over. Maybe they may even let you take Louis too, since his parents will be in jail for much longer.

Kent: Bianca? Have you gotten the answers you needed? I need my answers too.

Bianca: (studies him intently) Well, you weren’t the Kent I expected, but you are the Kent I have now. 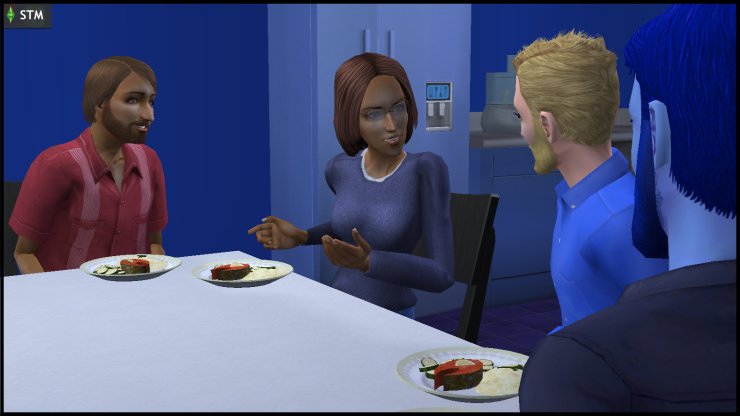 Bianca: … Your predecessor may have given you a head start, but I’m happy with the good memories I had with you, and hope to have more of those in future. I’m open to have as deep a relationship with you, as much as you are comfortable with.

Kent: Guess I can say the same of you. You’ve proved to be someone who accepts me, even after hearing my deepest and darkest secrets.

Hyde: I hope we’ve settled the issue of Kent’s identity once and for all.

Bianca: How are you going to get that name?

Kent: By being Ms Monty’s husband, if she likes. Sorry, I don’t have a ring right now, but later…

Bianca: Of course I do, Kent. You have your answer now, so we can think of the formalities later.

Bianca: Since you just proposed, won’t that make me “Bianca Capp” instead?

Kent: The records shall not mess with the last name of the StrangeTown Montys.

Almost everyone attends the wedding of the StrangeTown Montys. 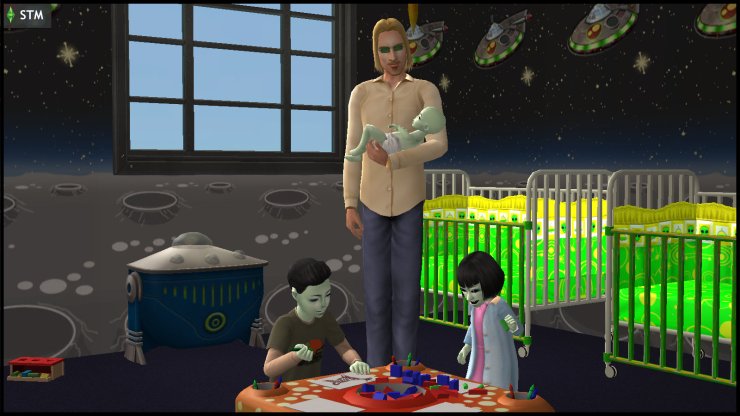 Please accept my apologies for not being able to attend your wedding, as I am feeling unwell today, and the kids need babysitting anyway.

Kent, I deeply regret the pain I caused you by digging up the old records that led to the Veronaville Disaster. I understand if you’ll find it difficult to forgive me, but you can rest assured that I’ll keep a comfortable distance from your marriage, as I have my own family to care for. I look forward to more peaceful years working with you in Hyde Dynamic.

Bianca, I don’t blame you for thinking I’m dangerous, or a son of a boolprop, or worse. My intentions back then are now clear for all to see, and I regret resorting to underhanded means to make you think of me as a better choice.

I realized it has done the exact opposite, so I’m making the best of the consequences. All the best in your marriage, Bianca, and I hope you can eventually forgive me, and be friends again.

See you both around in HD.

Antonio Monty opens a new restaurant, and is pleased with his new chefs Lazlo Curious and Ripp Grunt.

Nick Grimm eventually recovered from his injuries, and is back on his feet as the master of Specter Yard.

Hyde Dynamic Racing Men take a break from their scientific, refereeing and Observer duties to celebrate a major milestone with Dr Prometheus Hyde.

Bianca and Kent Monty finally sleep in the same bed.

Please give us some time to fully let go of the past, and for us to gradually trust you again.

We’re sure you’ll find fulfillment in raising your family, and will be proud of Vivian (Newton and Zoe too).

Meanwhile, please don’t be a stranger in HD. We look forward to hanging out with you, your brothers and kids in future, just like old times.

Meanwhile, in both the Football Universe and the STM Main Universe… 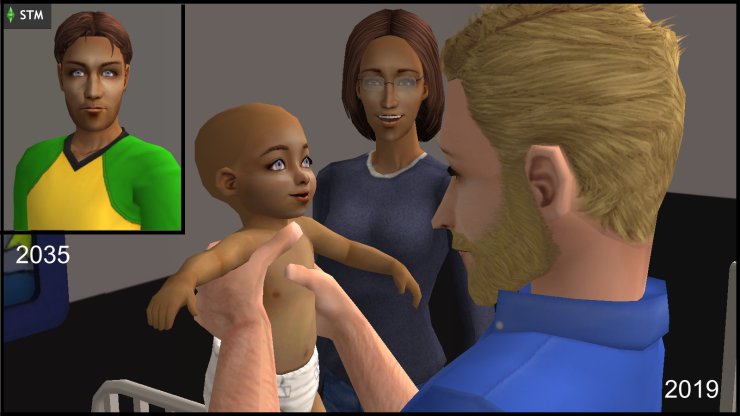 Horatio Monty, born on November 8 2019 to Bianca and Kent Monty.

(#) STM 1.00 Veronaville Disaster. The Sims deaths gameplay video that was the foundation of the STM Series.

We’ve crossed the finish line of the Last Lap.

The STM Series is finally completed!

Even as the full-time whistle blows to mark the end of this era, all STM-related universes are still highly unusual and complex by Sims standards, and will continue to live on.

Over the years, I have upheld my end of the bargain: That none of my Sims projects were cancelled, unless I explicitly said so on my blog.

Despite the ups and downs, I have completed every Sims project I started.

Perhaps one day, you would see my work again, be it reliving these eccentric STM adventures…

… or my larger-scale future projects, in this next universe I’m crossing into, as I enter into the post-Sims-stories era of my life.

Yes, you read that correctly. With the completion of STM, AldoHyde has retired from Sims machinima and stories (unless explicitly said otherwise in future on this STM blog), to focus on bigger projects in larger universes.

If you’re interested in my post-Sims projects, head over to [AldoHyde’s Instagram] to see my hand-drawn comics.

Thank you everyone who had been faithfully watching, reading, commenting, staying subscribed, checking my updates, and/or had been a positive part of this journey all these years 🙂 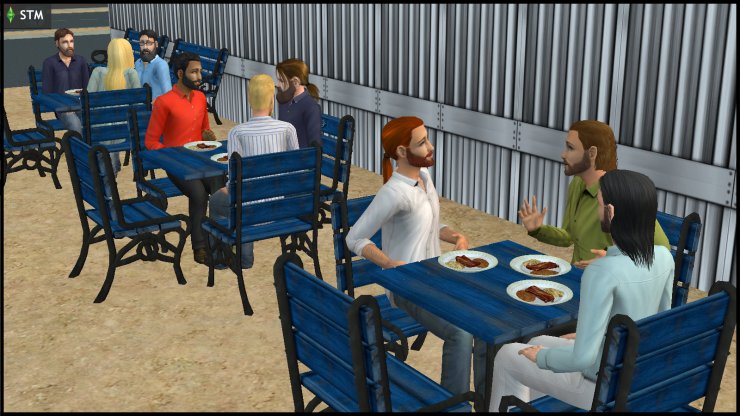 AldoHyde celebrates the completion of the StrangeTown Monty (STM) Series with the Racing Men.