“Mom? Did you change your perfume brand?”

Daniel Pleasant’s daughter, Angela, was staring at an empty bottle of women’s fragrances in the trash can, addressing her mother, Mary-Sue, who was poring over some campaign preparation documents at the dining table.

“Why do you ask?” Mary-Sue murmured, without looking up.

“There’s an empty bottle of Victoria’s Secret in the trash. Thought it may be yours, Mom.”

“Really? Might it be Lilith’s instead?” frowned Mary-Sue halfheartedly, still decidedly busy. “Trust your sister to use perfume behind our backs, when you two are not allowed to, until you’re seventeen.”

“Mom… I know Lilith is rebellious, because she likes using makeup to make herself look goth or emo, plays loud music to annoy us, and does badly at school. But I don’t recall smelling any perfume on her… ever.”

Mary-Sue sat bolt upright. She turned, looking at Angela in the eye.

“Are you sure, Angela? Lilith hasn’t been using perfume?” Her words were slow and deliberate.

“No, I don’t think Lilith has been using perfume.” Angela reiterated. “It’s not mine either, of course,” she added as a quick afterthought.

“I know, Angie.. you’re a good girl, unlike your sister.” Mary-Sue, who had always used Chanel fragrances, took a moment to quickly evaluate the situation. “Mom’s busy now. Why don’t you do some revision or practice your ballet?”

As Angela headed off upstairs to her own bedroom, Mary-Sue knew what must be done. She put down her work papers and left the dining room. 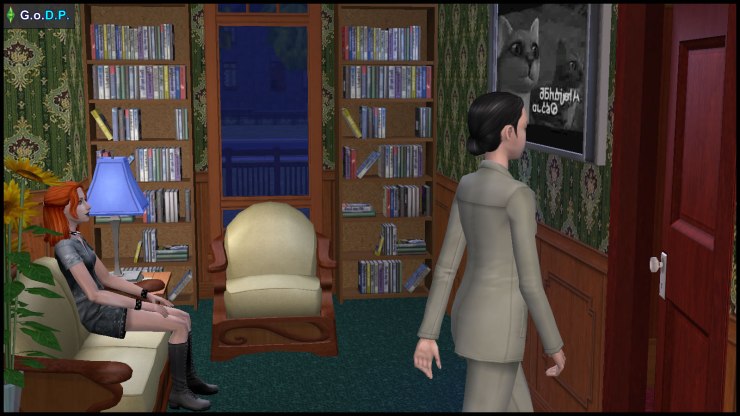 For a change, Lilith was quietly watching a horror movie alone in the living room, instead of playing loud music on her bedroom stereo.

Without a word, Mary-Sue walked past Lilith, into the master bedroom that she shared with her husband, Daniel, for over sixteen years. Through the large windows, she could see him outside, having a late dip in the family’s swimming pool. 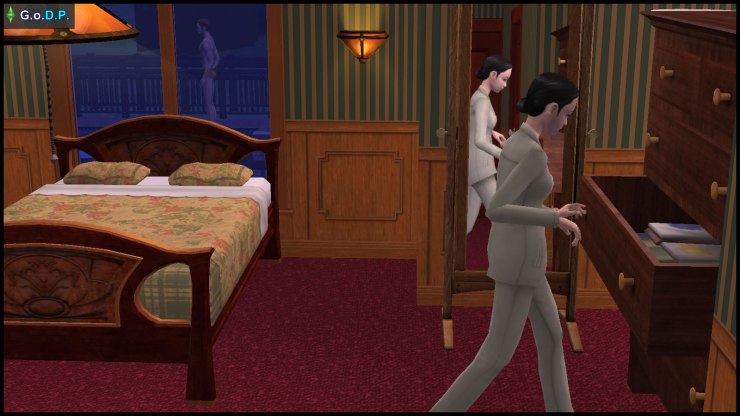 Mary-Sue rummaged through the dresser drawers, pushing aside over a decade’s worth of clutter. Fifteen minutes later, she fished out her previous oPhone and its charger.

Returning discreetly to the dining room, Mary-Sue started charging her old oPhone for the first time in two years. She picked up her current oPhone, and quickly started browsing the App Store. Half an hour later, she was installing new software on the old oPhone.

She saw Daniel return to the master bedroom, presumably to turn in early for the night. Mary-Sue breathed a sigh of relief. Months ago, she was getting irritated with Daniel’s incessant asking for woohoo. She was too busy planning for the campaign to care about such frivolous demands. 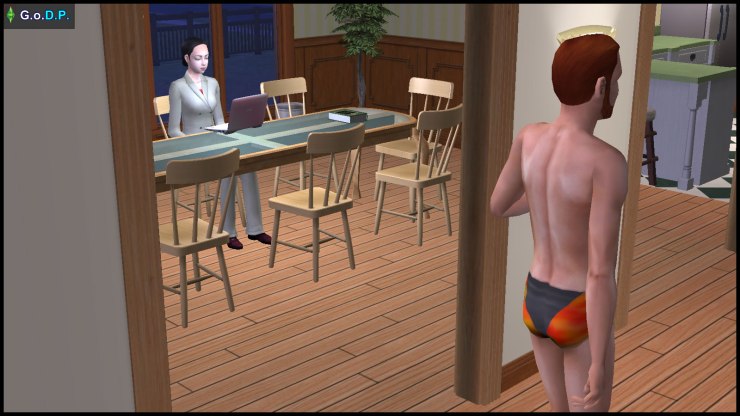 Mary-Sue shut her eyes, suddenly aware about the possible reason why Daniel had stopped asking her for woohoo. But could she now attempt to salvage the situation, by going into the bedroom now, to suggest having a steamy night in?

The idea felt disgusting. Besides, the lure of the campaign papers had never been this strong.

The new software on the old oPhone worked well. Two hours later, Mary-Sue plugged in this turned-on old oPhone in a discreet corner of the bedroom, taking care to camouflage it with clutter.

Suppressing her disgust, she then lay down to sleep next to Daniel. Her plan would only work if he thought nothing was out of the ordinary.

Daniel did not stir. 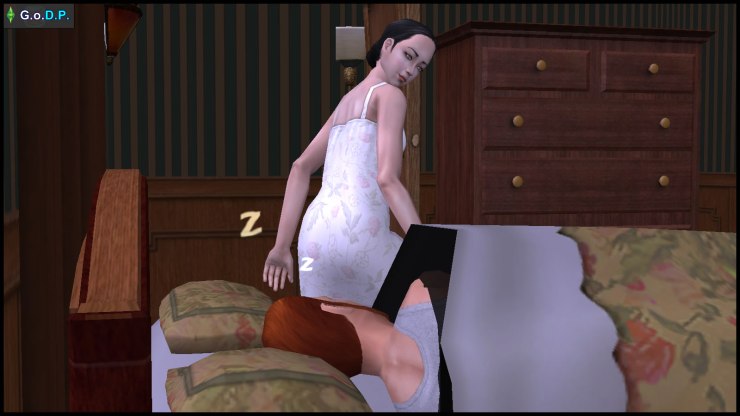 The next day, during the lunch hour, Mary-Sue pulled out her current oPhone, as she sat inside a toilet cubicle.

Flowing tears and violent anger consumed her, as she perused the security video feed from the old oPhone. The moving visual images tormented her by confirming her worst fears. 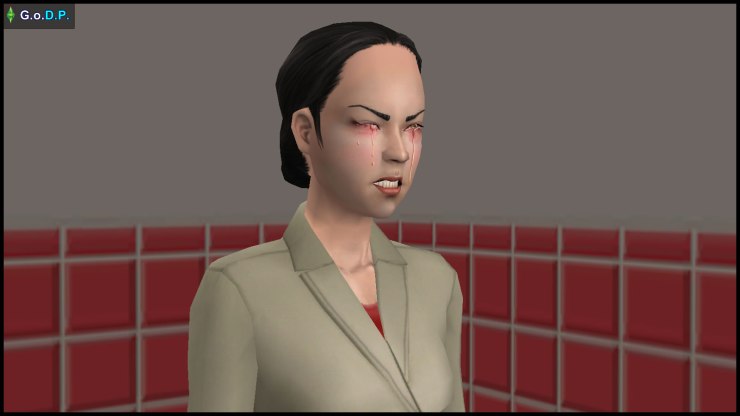 With great effort, she managed to compose herself, and took an urgent half day off for a “family emergency”. How could she bear to go through the motions of the rest of the work day, with such unusually strong negative moodlets?

Daniel was sitting in the living room, watching TV.

Mary-Sue took care to keep as straight a face as she could possibly manage, in front of her smiling husband.

“Daniel, I see the maid has gone home early today.”

“Yeah, she was fast today.”

“I have something to show you.”

Mary-Sue mirrored the security feed footage onto the big screen of the TV.

“How… did you get this?” he stammered. 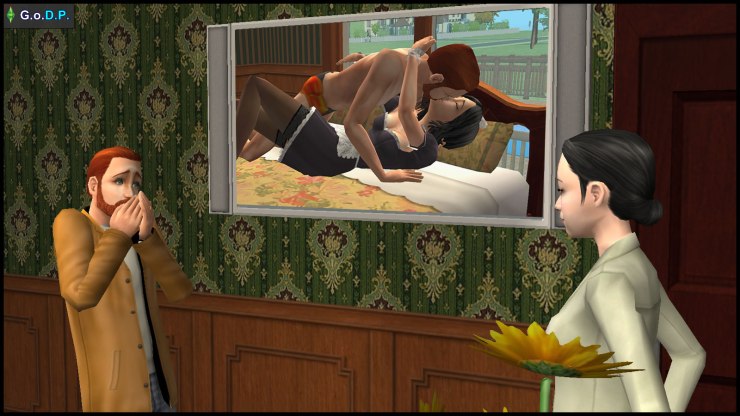 “So it’s true, isn’t it? You don’t deny having slept with the maid?”

“How dare you film me in secret!”

“If you have nothing to hide, you won’t be afraid of this!”

“Whatever! You shouldn’t be taking obscene videos behind anyone’s back!”

“If you haven’t been doing obscene things with other women on OUR bed, the bed WE shared for sixteen years… this video won’t even have been made!” 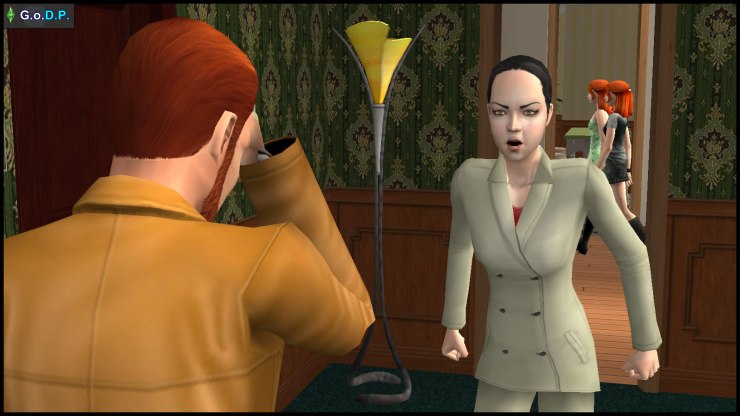 By now, both Mr and Mrs Pleasant were yelling at the top of their lungs. Neither of them noticed that their sixteen-year-old twin daughters had just returned from school. Angela and Lilith sensed this was no ordinary family quarrel. The girls hid near the staircase to listen to the commotion.

“But you’re always so busy with work, work, work! Is the campaign really so important, so that you don’t have time anymore to woohoo with your husband?”

“I thought you understood that the campaign was important to me! If I did well, I would rise in the party! I thought you were being understanding when you finally stopped bothering me with woohoo requests!”

“Mary-Sue. Are you really so naive? You married a Romance sim, for Fringe’s sake. Romance sims, especially males, NEED regular woohoo. Remember, I kept asking YOU for woohoo, but you never seemed to have ANY time for me.

So when Kaylynn had TIME for me after she had done cleaning, do you expect me to say no? Especially when I didn’t have woohoo for such a long time?”

Near the staircase, Angela was already in tears. Lilith could only sigh. 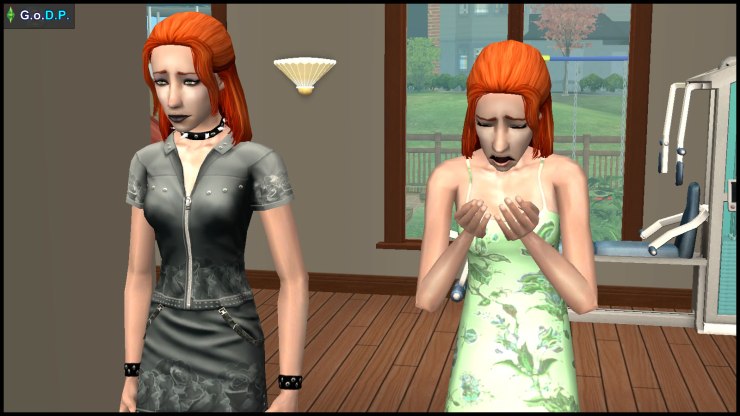 “But you’re married to me, Daniel. You should have woohoo only with me!”

“Only in an ideal world, Mary-Sue. I kept asking you, but you don’t have time for me, because your REAL husband is your work!”

Instinctively, Mary-Sue reached forward and slapped Daniel. As he reeled from the impact, she barged into the master bedroom, opened the wardrobe, and began to throw Daniel’s clothes onto the floor.

“By tomorrow morning, I want you to be gone from this house. Don’t you dare set foot in here again after that. You can sign the divorce papers in that tart’s house, after you’ve moved in with her.”

“You’ve no right to throw me out! This is my house too!”

“I’m the one divorcing you, you son of a boolprop! You’re the one who committed adultery, so you’re the one who should get out! You’re lucky that I’m giving you time to pack, as I can just kick you out now, without any of your stuff. Hurry up, before I change my mind.”

At the sound of Mary-Sue’s footsteps thumping out of the living room, Lilith nudged her crying sister, and motioned her to go upstairs.

On the upper floor, Mary-Sue caught up with the girls, and began the painful explanation of the upcoming changes in their family.

When this was done, Lilith returned somberly to her own bedroom, while Mary-Sue joined Angela in the latter’s bedroom for a session of crying and Daniel-bashing.

How will the atmosphere in the Pleasant household be like in the hours after this ordeal?
How well can Daniel handle the pressure of being “Red-Carded”, and being forced to leave the “field” at such short notice?
Find out in the [next chapter]…