The coach of Simley Town FC had just been red-carded from his home of sixteen years.

Alone in the master bedroom, Daniel Pleasant hurled down two of the largest suitcases from above the wardrobe, wiping off years of accumulated dust. Thank goodness all the wheels were still intact.

The first things that made it into his first suitcase were the clothes that he wore regularly. Then came his personal important papers, except the soon-to-be-defunct marriage certificate. After all, Mary-Sue would need that piece of paper to initiate divorce proceedings.

An assortment of medals, trophies, and significant keepsakes soon poured into Daniel’s second suitcase, including a never-washed souvenir jersey, which he received after a match from Simmerpool FC superstar Rob Owen, in exchange for Daniel’s own jersey, during those few seasons when Simley Town played in Primary League A. Not that he had many of those, being in a low-tier team. There was still room for a photo album and a few favorite books.

Daniel rummaged through the dresser drawers, gazing at the clutter which he and Mary-Sue accumulated over sixteen years. Most of it lay there long forgotten, having lost relevance to him.

He was not going to pack that old and slow laptop, which had not been used for three years. However, Daniel decided to power it up, in case some of his personal files were still on it. From now on, he would not want Mary-Sue to have any more access to his stuff, digital or non-digital.

Fortunately, the hard drive proved to be permanently defunct, so Daniel chucked the entire laptop into a garbage bag instead. More ancient electronics (that could no longer be turned on) from the pre-oPhone era soon followed, as Daniel made a note to mark this bag for electronics recycling.

He then sifted through the remaining contents of his wardrobe, as he separated the clothes into two other garbage bags labelled “donate” and “recycle”. Some of the clothes had not fitted him for years, or were of a style that he no longer enjoyed wearing.

Daniel wondered why he never bothered to get rid of these items before. But now he was forced to, with a deadline just hours away. So he could not afford to be wishy-washy about any of the old clothes. This purging was symbolic of the end of his old life with Mary-Sue.

He then checked the living room, dining room, kitchen and yard for other small items that he may have overlooked. This sweep gathered several DVDs and a photo frame of him with his two daughters, which barely fit into his second suitcase. His fishing rod would have to be carried separately. 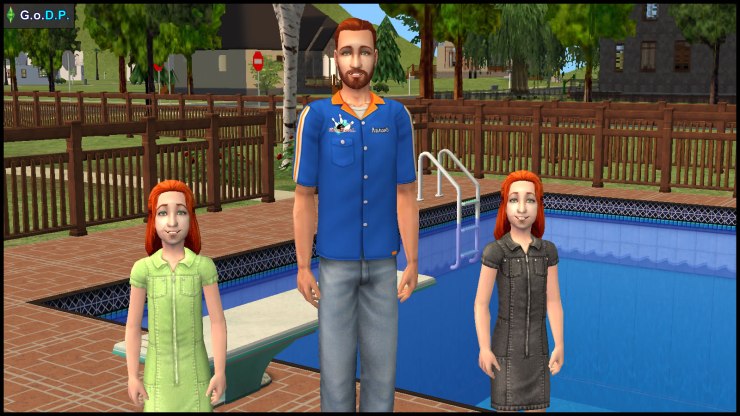 Finally, all his current personal electronics and chargers entered his everyday duffel bag. Despite being more emotionally drained than physically exhausted, Daniel slumped down for a last long snooze on the now-tainted double bed.

It was 2.30 am when he woke up. Mary-Sue was not sleeping on the bed, or even on the living room couch. Surmising that she was probably asleep upstairs in Angela’s room, Daniel booked a cab.

After heaving the marked trash bags outside to be in time for the garbage/recycling/donation collection at dawn, Daniel wheeled out the last of his relevant possessions, and locked the door behind him for the last time.

Nobody bothered to speak to him during those long grueling hours of packing and purging. Neither did anyone come out to say goodbye.

This chapter is a tribute to my own successful spring-cleaning, which thankfully, took less than a year, instead of less than a day 😉

Will Daniel’s fortunes improve as he embarks on his new life?
Or is he doomed to repeat his past mistakes?
How will his daughters cope with this rift in the family?
Find out in the [next chapter]…

6 Replies to “[GODP] Goals of Daniel Pleasant #8: The Purge”